Mikhail Doroshevich, partner of Gemius in Belarus, analyzes figures of Internet development in Belarus for the last five years.

From December 2009 to December 2014, the Belarus online audience has risen by 65.5% or from 3.023 million to 5.004 people, according to the data of regular media research gemiusAudience. 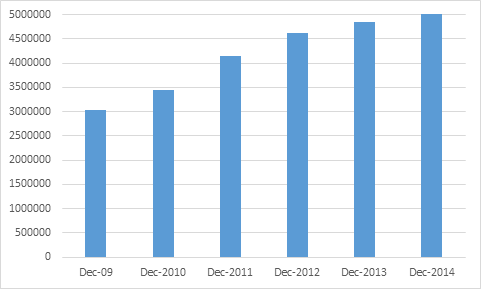 In December 2009, female audience comprised 48.69 per cent, whereas in December 2014 it was 51.17 per cent of the total. As spoken traditionally, the more Internet is developed, the more women use it. 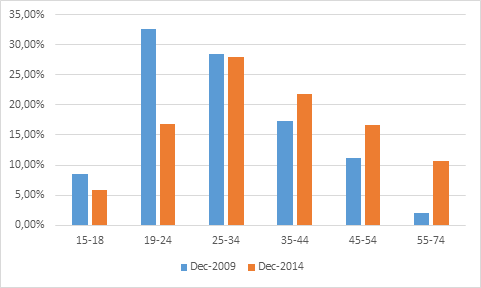 An important indicator was an increase in older-aged group on the web.

As for education, there have appeared less people with university or after-graduate education. This testifies to the fact that the Internet has become a mass media channel, accessible for all residents of Belarus.

The percentage of married people among web users has grown, too, from 37.83% in 2009 to 47.23% in 2014, and of those holding household together out of wedlock Ė from 5.72% to 8.42%, which again testifies that the Internet has become a traditional communication channel.

Occupation representation changes correlate with age changes: the percentage of students and pupils have dropped from 22.34% in 2009 to 10.70% in 2014. Meanwhile, the retired people group have risen from 1.28% to 5.56%; however, this is extremely little as compared to the whole Belarusian society.